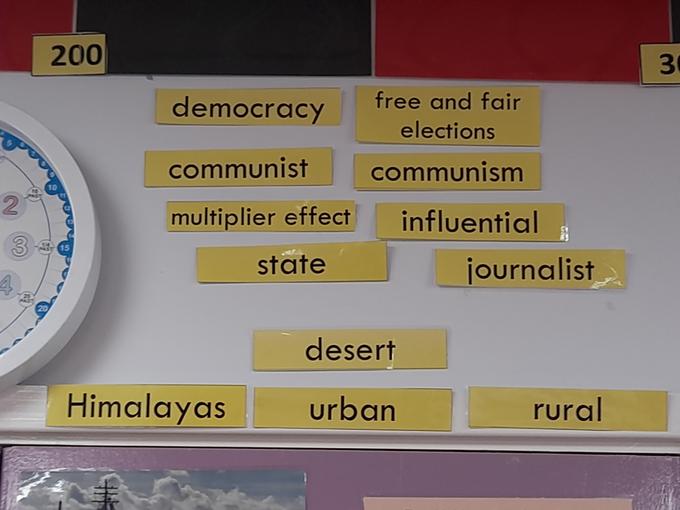 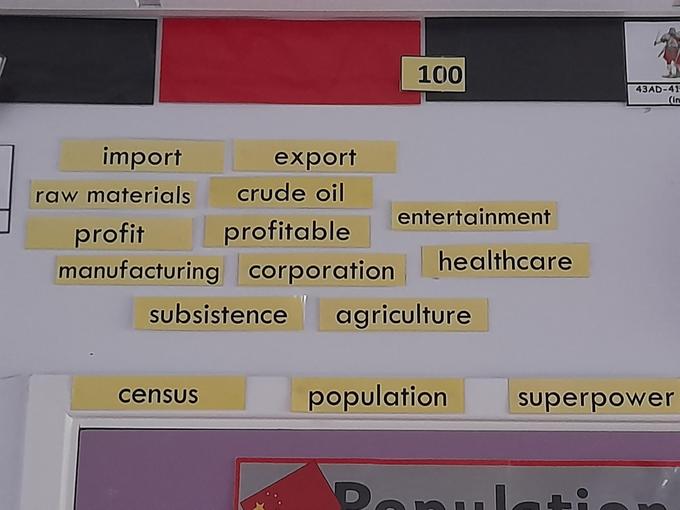 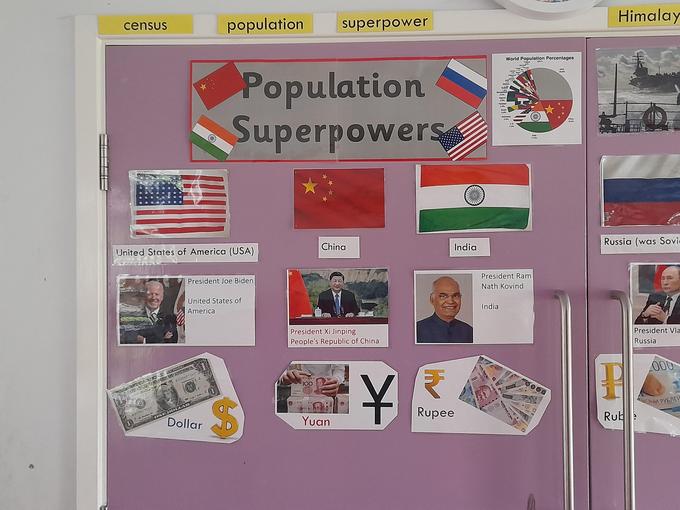 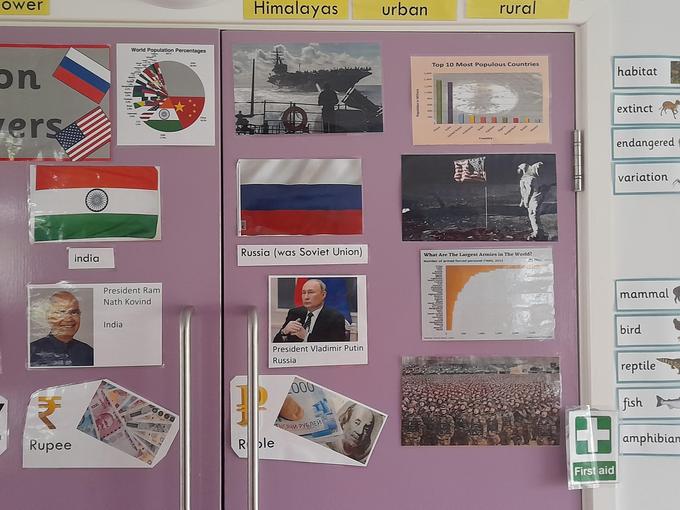 Welcome Back! I cannot believe that we are now in our final term of 2021/2022! There are only 6 more weeks to go until we break up for the year, and our Owls will be becoming Kingfishers!

Our topic for this term is Population Superpowers; it is certainly a hearty one to conclude the year with.

Did you know, that a 'Superpower' is defined as 'a very powerful and influential nation'? The term was originally used specifically with reference to the US and the former Soviet Union (which Russia once belonged to). This was at a time when the two countries were perceived as the two most powerful nations in the world (following the Cold War). At present, the US is said to be the world’s only superpower. However, it is predicted to be joined by China and India very soon.

Although Russia is the largest country in the world, China and India are the most populated, accounting for about one-third of the entire world's population between them. India has the highest population density - this means the average number of people living in every square kilometre. Despite the United States being a much larger land, India has over four times as many people living there.

During the next 6 weeks we will be exploring some interesting subjects including population, imports/exports, governance (including communism) and how India has become the nation we know today. You can help your child by finding out about some of these things. Also, amongst the attached photos, is a list of topic vocabulary. At Drayton, we strive to expand and build upon children's knowledge of language. Use this vocabulary to trigger discussions in your household.

Our writing this term will be:

2) A narrative - Journey and Return

I have added weblinks to support your knowledge about these two texts.

If you need to contact myself or Mrs Cooper, then please do not hesitate to either: