EYFS and KS1 Christmas play, Children of the World

A small selection of fantastic EYFS and KS1 displays- Term 3

Climbing wall- Mrs Duffy organised for a climbing wall to come to school, all children were offered the experience

Thank you to FODSA for providing the hot dogs, drinks and glow sticks
We raised £96 which has been equally divided between the classes. KS2 have put theirs together to go towards their Christmas production and KS1 and FS are yet to decide what theirs will be spent on.
Thank you!

On the 16th October the Year 6 students (and some kind helpers) delivered harvest parcels to local residents.

Thanks to the generosity of parents, children and staff we delivered to 33 homes in the village, all of whom had been nominated by the school community to receive a harvest parcel.

Thank you to Jules for coming with us and giving our glee club a makeover!

Thank you to Trudi for helping chaperone the children backstage.

We had a great day and we came 15th overall which was a fantastic report.

On the last day of Term 4 we all went to St Peter's Church in Drayton to celebrate Easter with an Easter service led by the children.

Eagles sang Lord of the Dance, Kingfishers told us a poem about colours that represent different parts of Easter, Red Kites sang ‘I love the flowers’, Blackbirds recited a jelly bean poem and shared jelly beans, Puffins sang an Easter song about bunnies and Robins showed their Easter gardens that they had made.

Mr Mayer also presented owl badges to children that have demonstrated an excellent approach to learning; this is awarded by the teaching staff in class. Character count badges were awarded to children who were nominated by their class friends for being a good class member and friend.

Welcome to the gallery!  Please feel free to browse the children's work and pictures of school events.

The Great Big Dance Off!

Glee club entered their first ever competition on 31st March at ‘The Wyvern Theatre’, Swindon where 20 other dances were entered. The children had to perform a story telling dance for the national competition. We were the only dance to have such a large range of ages from Reception to year 6. Our Glee Club were the WINNERS of the south west heat, winning a trophy and a ticket into the finals! The finals will be held at ‘The New Theatre’, Oxford on 10th June. Well done Glee Club!

A BIG thank you to all the staff, parents, and children for showing huge support for the efforts to raise money  in support of Sports Relief.  The children and adults had a wonderful time running, walking, skipping and getting around the mile in any way they could.  Even many of the foundation children managed to complete the six more laps after their conga.  The good news is that we have raised so far £185.00 which is fabulous.  Thank you all for your generosity and making the morning great fun.

Robin’s class enjoyed performing to the rest of the school their song with child made instruments including shakers and guitars!

We worked together to make the batter, taking it in turns to mix. The best bit was eating them afterwards....Yummy!

Mrs Middleton taught Blackbirds and Robins all about how St David’s Day is celebrated in Welsh schools. The children enjoyed looking at pictures of traditional Welsh costumes and finding out that girls wore daffodils on their top whereas boys wore leeks that they ate throughout the day. The children had a go at saying some words in Welsh and singing a song about goats!

Robins class made their own daffodil badges by painting egg boxes, cutting petals and joining them together.

To celebrate ‘Take One Picture Week’ each class spent the first week in January focusing on a piece of art work.

Children enjoyed a variety of activities including creating aboriginal artwork, making patterns on didgeridoo’s, using modroc to create a dragon and using clay to create figures. 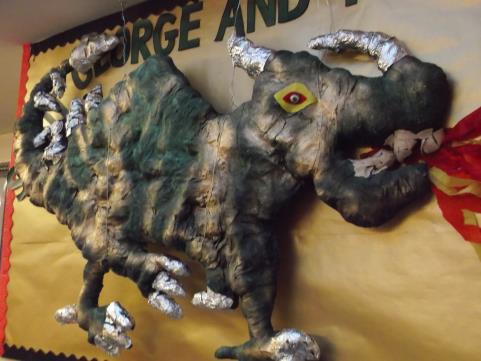 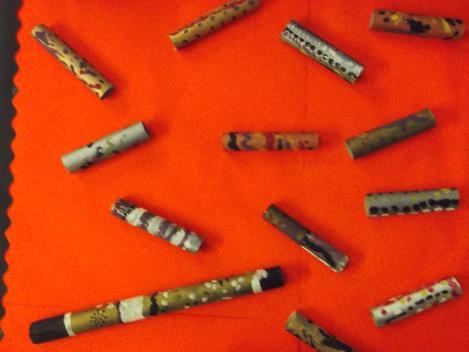 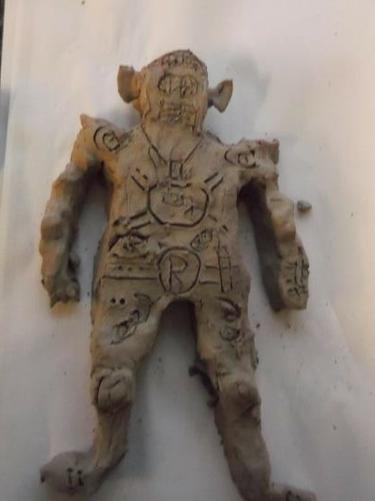 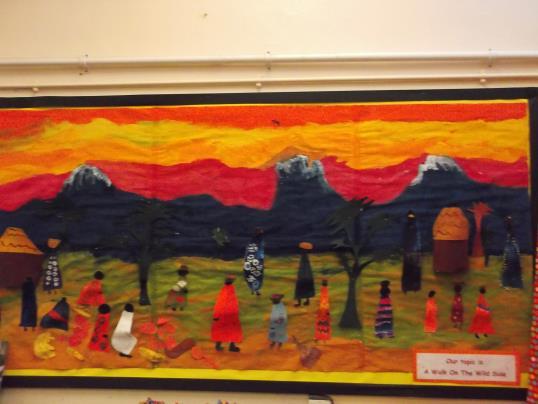 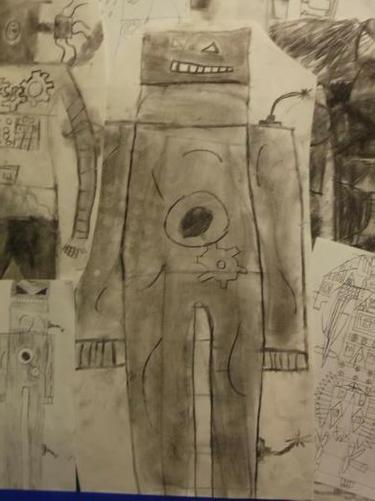 Robins Class get 'Highly Commended' in The Consortium 2013 Display Competition

On Thursday 24th October we held two separate discos for Halloween. Staff organised the event and FODSA provided hotdogs and a drink. The children looked great in their costumes and makeup.

A huge well done to ‘Glee Club’ for their efforts last night (13/11/13). The children had a fantastic time at the ‘New Theatre’ in Oxford, where they performed their dance to Michael Jackson’s ‘Thriller’.

A massive thanks to Josh and Tana’s Mum, Jules, and her colleague for taking time out of work to do our make-up, and to Neve’s mum for helping out in the afternoon. The children looked great!

Thank you to all the parents who came to support them. Overall the theatre was a great success and we hope to find out about more festivals and attend!

Thursday 3rd October was Harvest Festival at school and we had a lovely service which included harvest ‘acts’ from each class and prayers from Rosie Bruce.

Thanks to everyone who donated fruit, veg, flowers and tins/packets of goodies. School staff, parent helpers and Year 6 children prepared packages which were delivered by the parents and children to 30 local elderly residents.

We have received several letters and cards of thanks saying how lovely it was to receive the goods but mainly to see the children.

Thanks to everyone for helping to make a positive  difference to lots of people in our community.

On the afternoon of the 15th October the school provided a theatre afternoon. The children were treated to a performance of Treasure Island by the M & M Productions Company.

It was noisy, fun and a little scary – the children really enjoyed it.