This term, we are learning to write our own poetry. We are learning the features of a rhyming poem such as 'rhyme', 'rhyming couplets', 'verse', 'lines', 'alliteration', 'simile' and 'metaphor'.

First, the children are learning to recite a poem off by heart. Use the attached Poem Map and ask them to practise reciting it to you at home. I think you'll find, they will be more than keen to show off their skills!

Welcome back to school after our first half term break of this new year. Hopefully, the children will be full of energy and ready to learn in this busy term.

Our topic this term will be Sir Francis Drake: Hero or Villain? Owls will be learning about this British explorer, who at the time, was considered some sort of a superhero. He is known mainly because of his role in defeating the Spanish in 'The Spanish Armada'. He was a daring sea captain who liked to carry out daring raids on his enemy.

However, he was also known to be a pirate, or let's call it, a 'privateer'. This is a posher, more formal version of a pirate, and essentially a pirate working for the king or queen (so, that's alright then is it?). He was a slave trader, a politician and an explorer too.

Did you know, Sir Francis Drake was the first Englishman to circumnavigate (travel around) the globe? And also the second person in the world (sadly, someone else got in there first). The Spanish were so frightened of him, they named him 'El Draque' - The Dragon); they believed that he performed some sort of witchcraft. 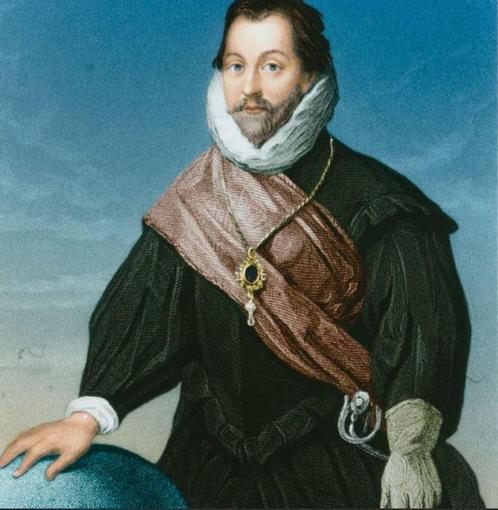 We will also be learning:

Forest School will still be on a Tuesday afternoon. Swimming is on a Monday morning. PE is on a Thursday morning. Please remember to bring the appropriate kit for each.

If you have any questions, then please feel free to speak me (Mrs Durman, or Mrs Fletcher on a Wednesday). You can email the office (more urgent) or owls email (owls@drayton-pri.oxon.sch.uk) (less urgent). You can call the office to either pass on a message or arrange a meeting.

It is has been a great start to the new academic year so far. The children have been excellent to adjust to a new classroom, a new teacher (well, not strictly new!) and a new curriculum. From day one, they have put into practice, new routines, new subject areas and rigorous expectations. And, personally speaking, I am also extremely happy to be teaching the class for a second time!

Our topic for this half term is Medieval Britain. As you may know already, this is a period of time that spans over 1000 years. The medieval period - or Middle Ages - stretches from when the Romans left Britain in about 410 AD until 1485 (The Tudor Age). The era (early to late middle ages) encompasses The Celts, The Anglo-Saxons (Angles, Jutes and Saxons), The Vikings and The Normans. Major events include The Battle of Hastings in 1066 (by William the Conqueror), The sinking of the White Ship (and the sinking of Henry 1st's heir to the throne) and The War of the Roses. Topics include castles and knights, feudal system, primogeniture (inheriting the throne system) and crime and punishment.

In Maths we will be looking at Place Value. We will be looking at different ways of representing numbers up to 10000. We will be partitioning, comparing/ordering and representing numbers in different ways. Children will be also honing the problem solving and reasoning skills as well. In addition to this, children will be practising arithmetic skills everyday in order to aid fluency and recall.

The first book we are looking at in Whole Class Reading this term is The Legend of Podkin One Ear by Kieran Larwood. We will read this daily and carrying out short reading tasks based on the text. We follow a VIPERS reading system. This is a reading-related questioning method whereby each letter represents a question type: Vocabulary, Inference, Prediction, Explanation, Retrieval, Summarise/Sequence. It is a rigorous approach ensuring children learn the variety of reading skills beyond reading the words.

PSHE – Being me in my world

Spanish - Phonics and I am Learning Spanish

Swimming is on a Monday morning (until Christmas). PE is on a Thursday afternoon, so kit needs to be brought in at the beginning of the week and then taken home at the end to be washed ready for next week.

Forest School is on Tuesday afternoon with Mrs Laws. The weather is okay at the moment but is starting to change so the children must have their kit in with them.

Wednesdays are taught by Mrs Fletcher

Reading books in everyday with reading records to be collected in on Fridays.